If you’re looking for a scotch pie or sausage roll to add to your picnic, look no further than R. Carter’s butcher in Bamburgh.

Established in 1887, R. Carter’s is a Bamburgh institution which has attracted a fair amount of media attention. Their sausage rolls got a mention in the Sunday Telegraph’s Stella magazine – “the finest bought sausage rolls I’ve ever had” – and their scotch pies were enjoyed by Rick Stein in his BBC2 programme Food Heroes.

With such accolades, you’d be missing out if you didn’t sample some of their homemade pies or award winning bacon, cured and smoked on the premises. 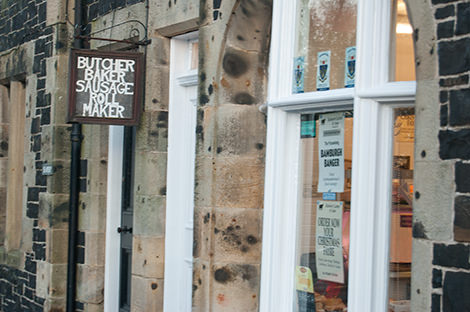 Unless otherwise stated, all content and photography © Kevin & Claire Allan 2021. We make every effort to keep details up to date, but cannot guarantee accuracy of information.